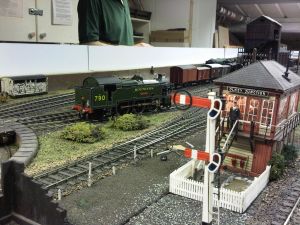 Palmerston Road is the club's major 0 gauge layout it can be assembled in several formats including: